2.1 How Ordinary People and Communities Help to Protect Children

The term ”child protection” may evoke images of serious violations against children and the intervention of police, social workers, or trained child protection workers.

In reality, however, most children worldwide grow up without ever having talked with police, social workers, or child protection workers. Usually, family members, neighbors, and other community members do most of the work to keep children safe. For example, imagine the following scenarios: 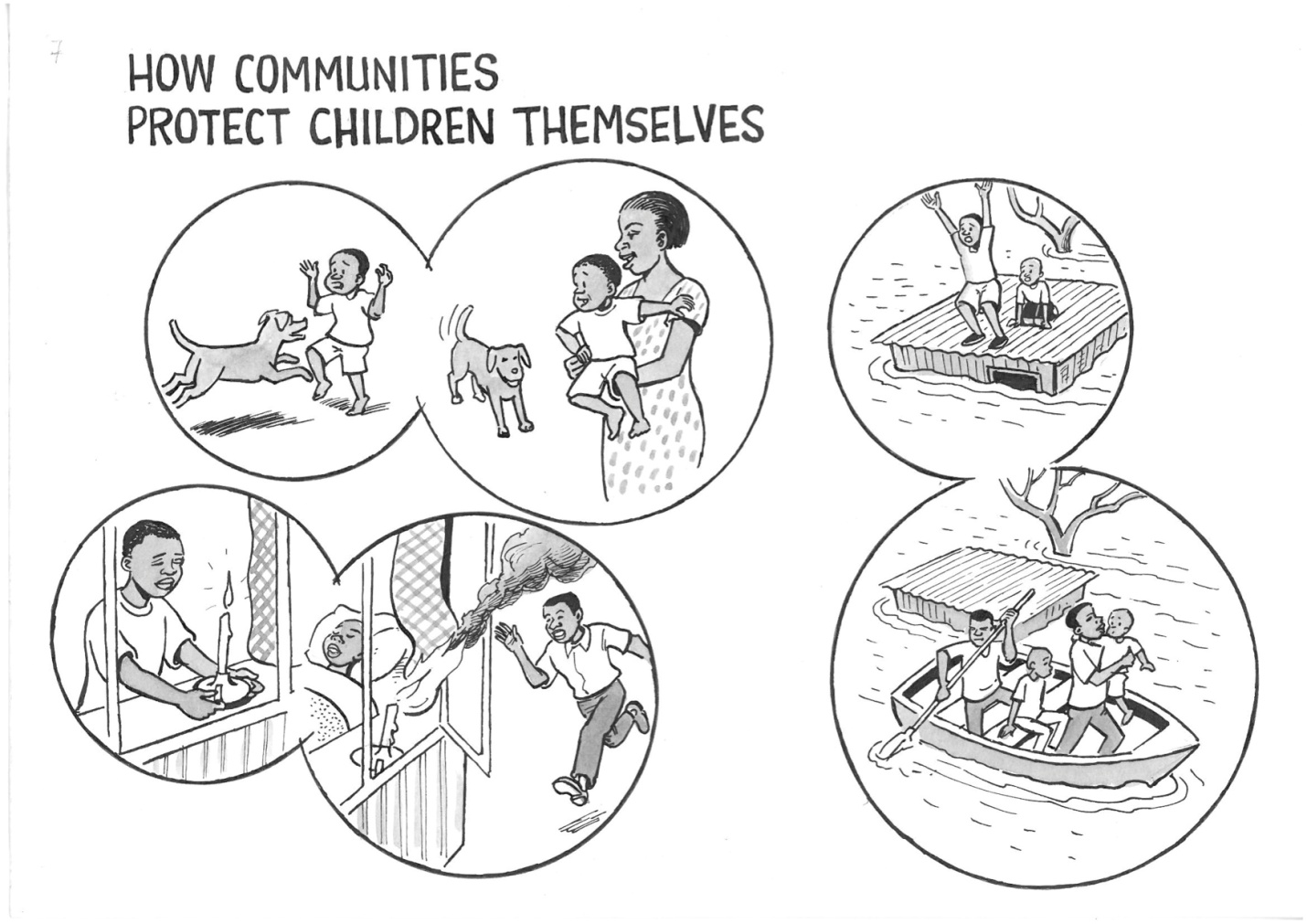 Overall, the family and community are the first line of response to threats to children’s safety. Families and communities are there for their children, 24 hours a day, seven days a week.

These examples, which reflect the daily lives of children, illustrate how the family and community are in most cases the first line of response to threats to children’s safety. Overall, it is families and communities who do the heavy lifting in enabling children’s protection and well-being.

Since their job is ongoing, the work of protecting children is never completed in any final sense. New threats emerge, yet families and communities are there for their children, 24 hours a day, seven days a week.

In many contexts, community groups and networks take collective action to address the things that could potentially harm children. For example, a religious group in Southern Africa might observe that there are large numbers of orphaned children who are at risk of being abused sexually. Out of concern for children’s well-being, the group takes steps to find safe home placements for the orphans and to help the community to impose penalties on perpetrators of sexual abuse.

In many communities, child protection occurs through the action of endogenous processes that support vulnerable children. In Afghanistan, for example, communities have a traditional structure—the shura—a local authority structure which consists of male elders. In northern Afghanistan, one shura noticed that young children were being harmed by falling into open, uncovered wells and so organized the villagers to build well-covers, thereby protecting the children.

Similarly, in Sierra Leone following the end of the war, the sexual abuse of girls—some of whom were former child soldiers—was a widespread problem. In response, Paramount Chiefs in some chiefdoms passed by-laws that imposed penalties on people who harassed or sexually assaulted the girls. In Zambia, one female chief single-handedly annulled several hundred early marriages of girls.

These and many other examples both illustrate the potential power of traditional processes and serve as a poignant reminder of the important role that civil society plays in protecting children.

In many ways, community-led child protection is about enhancing and systematizing the existing ability of communities to contribute to children’s protection and well-being.